We’ve written previously about C&N Motor Cars in Marysville, Ohio, and their inventory of C6-C8 Corvette horsepower topped with multiple examples of the 2019 Corvette ZR1. The latest King of the Hill turns five years old next March, and interest in the 2019 Corvette ZR1s appears as high as ever.

C&N Motor Cars has always featured great examples of modern-day pre-owned Corvettes for sale, but their pursuit of the 2019 Corvette ZR1 has made them one of the few go-to places in the country with multiple ZR1s in inventory. In fact, they tell us they have sold more than 1% of the total 2019 Corvette ZR1s produced! 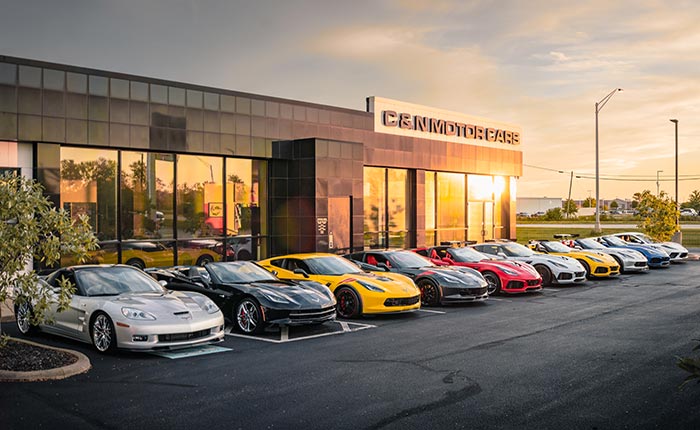 And what is there not to love about the 2019 Corvette ZR1? It was an exclusive one-year-only model with the most powerful V8 engine Chevrolet has ever installed in the Corvette. With 755 horsepower and 715-lb-ft of torque, it was rated to have a top speed of 214 mph. The ZR1 also received an exclusive redesigned front fascia, and its visible carbon fiber high wing ensured everyone knew this was the top dog Corvette. Production of the car started in March 2018, and a total of 2,953 ZR1s were made.

This 2019 Corvette ZR1 Coupe is offered in Ceramic Matrix Gray with Jet Black leather interior and sueded microfiber inserts. Only 125 ZR1 Coupes were offered in the color. The Corvette wears a VIN sequence number 2685, and it was built on June 20, 2019 and delivered new to Martin Chevrolet in Torrance, CA. Today, only 16 miles are showing on the odometer. The Corvette is optioned with the 3ZR Premium Equipment Group, 8-speed automatic transmission, and it also includes the sought-after ZTK Track Performance Package with the visible carbon fiber high wing. The exterior is topped with the ZR1’s unique star-patterned aluminum wheels in black with custom blue brake calipers. Offered by C&N Motor Cars for $255,000. 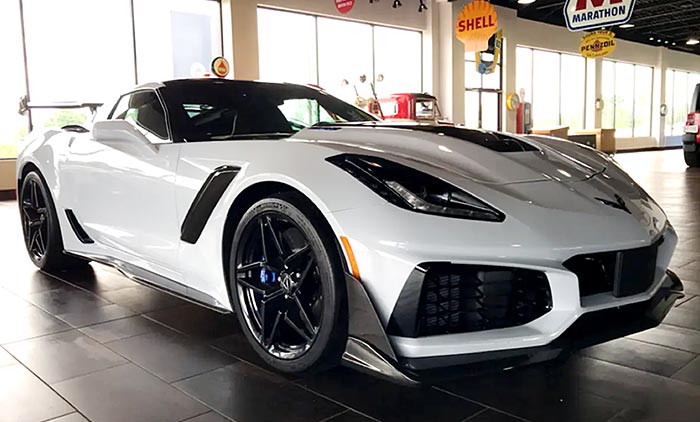 This 2019 Corvette ZR1 Coupe is a fantastic representation of the King of the Hill in our opinion, offered in Torch Red with Chrome wheels and a 7-speed manual transmission. Wearing sequence #1610, this car was sold new by our friends new at Criswell Chevy in January 2019. The original owner outfitted the sports car in Torch Red with a low wing and added Adrenaline Red interior with Competition Sport Seats. The 3ZR Premium Equipment Group makes sure the car is loaded with all the tech, including the Performance Data Recorder, and there’s even a bump in horsepower with the addition of the Performance Air Intake. Mileage shows 4,338. Look for this ZR1 coming soon to Bring A Trailer. 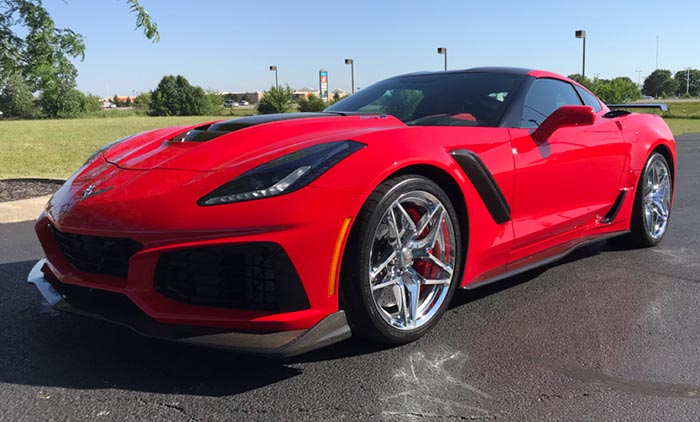 Fans of the racing program will love this Corvette Racing Yellow 2019 Corvette ZR1 Convertible as its one of only 16 Convertibles offered in the color. With carbon fiber interior trim, and its Jet Black interior featuring yellow stitching, it’s the perfect car to drive to the Corvette Corral during an IMSA race. This ZR1 Convertible was built on November 30, 2018 and wears sequence #1389. The car was sold to its only owner in Florida, and the odometer shows only 1,088 miles. This Corvette comes loaded with the 3ZR Premium Equipment Group, ZTK Performance Package, and the 8-speed automatic transmission. Inside you’ll find Competition Sport seats. Photos of the engine also show it has the Performance Air Intake installed on the LT5. Offered by C&N Motor Cars for $209,900. 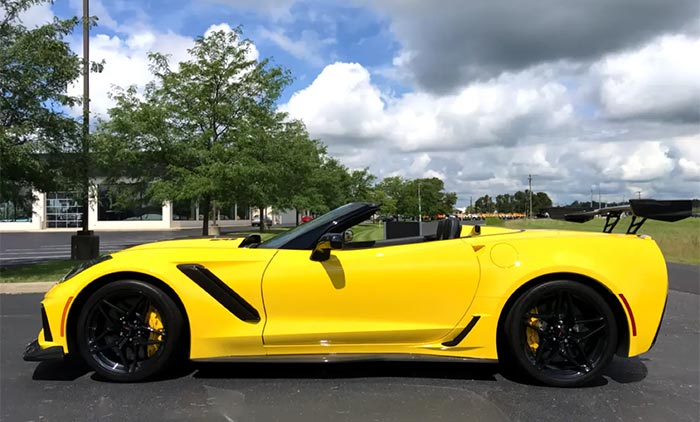 Hendrick Motorsports chassis number 24-224 is a 2004 Chevrolet Monte Carlo that was raced by Jeff Gordon during the 2002 through 2004 Cup seasons. The authentic Hendrick Motorsports 830-horsepower, 358-cid, SB2 V-8 engine is paired with a race-spec four-speed transmission. Offered by C&N Motor Cars for $129,990. 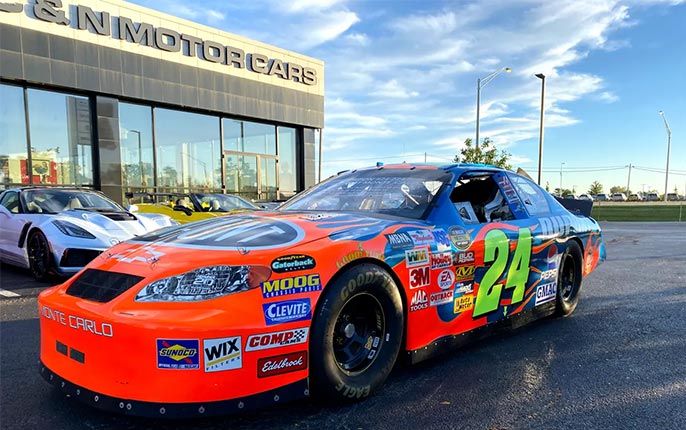 C&N Motor Cars offers exotic, unique, and interesting cars from various manufacturers. The cars you see on their online inventory are all hand-picked examples and we noted that each of the ZR1s offered here is a one-owner car. Every Corvette list we featured here offers a free CarFax report. C&N can ship nationwide, and financing is available. Contact them today at 937-738-2212 and let them know what you’re looking for!

Do you have a low-mileage Corvette or another collectible vehicle that you want to sell? C&N Motor Cars are always looking to buy the right vehicles. Let us know what you have for sale.